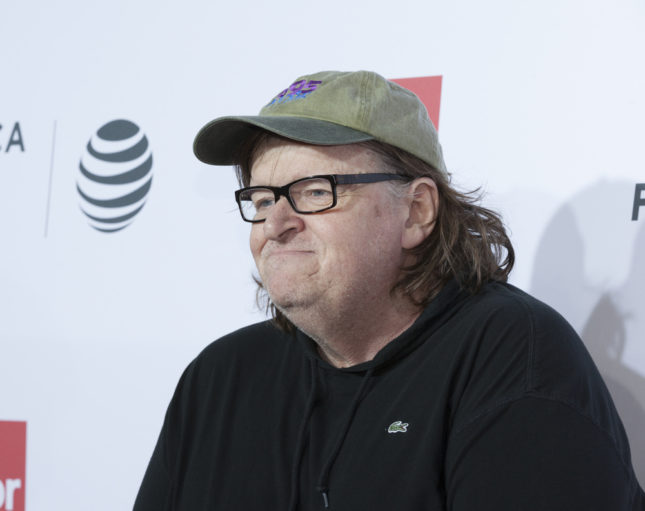 Michael Moore — yes, that Michael Moore — picked apart the renewable energy sector and environmental groups such as the Sierra Club in his recent documentary, Planet of the Humans.

The left-wing filmmaker, alongside longtime environmentalist Jeff Gibbs, created a film analyzing the obvious flaws in forcing a transition to renewable energy, especially solar, wind, and biomass energies. Gibbs, who also narrated the film, visited solar fields, wind farms, and biomass factories and found that none of the alternative energy sources could power the United States — and most of them were actually harming the environment.

Gibbs explained that wind turbines have a lifespan of fewer than 20 years while requiring a massive amount of energy to produce. The giant structures were also leading to deforestation and other environmental harms because of the physical space they require to harness wind energy.

At a solar-powered festival, Gibbs revealed that back-up diesel-powered generators were needed to fill the energy gaps when clouds floated by or storms broke out. One municipal worker in Lansing, Michigan, told Gibbs that a football-field-sized solar panel field could only yield enough electricity to power 10 homes. Gibbs also highlighted the horrific conditions in which the rare earth minerals are extracted to create solar panels. Demand for metals used in solar panels could have a devastating effect on the planet and that’s not to mention the fact that these toxic metals must all be disposed of when the solar panel is no longer in use.

Biomass energy was Gibbs’ top concern. Biomass energy is produced from burning living things, specifically trees. Gibbs warned that he does not see trees as a renewable fuel source because it can take decades for a tree to regrow. Additionally, trees are key to capturing carbon to absorb emissions.

Moore and Gibbs, true to form, blamed billionaires. They argued that environmental movements like the Sierra Club are in the pockets of their donors, including billionaire Michael Bloomberg. They noted that many giant corporations, including Koch Industries, have cashed in by expanding their green energy product portfolio. In turn, environmental groups had a financial incentive to push renewable energy — rather than urging people and corporations to use less energy — because it aligns with the demands of donors.

Moore and Gibbs’ film must have struck a nerve with environmentalists because they did everything they could to silence the film, including having it pulled from YouTube. Environmentalists called the film a “gift to Big Oil,” but did little to explain what parts Moore and Gibbs got wrong about the problems facing renewable energy.

Overall, Gibbs and Moore painted a nihilistic portrait of the future whereby humans fail to curb carbon emissions and everyone dies because there is no alternative energy form that can save the planet. However, there is an obvious omission in the film that could be key in avoiding the doom that Gibbs and Moore describe: nuclear energy.