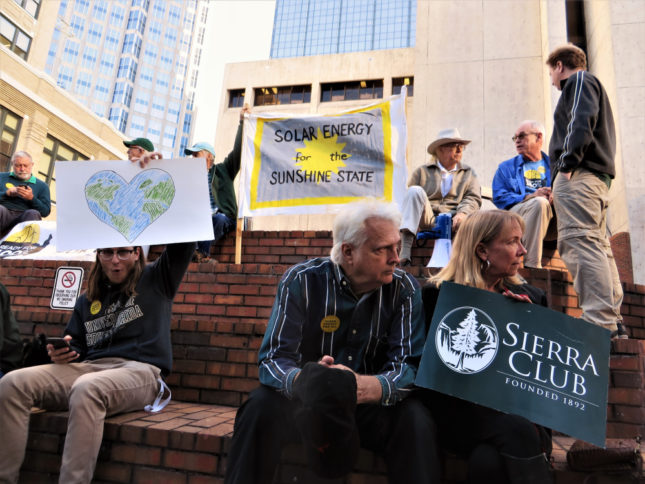 The past few weeks have seen protesters tear down statues of historical figures across the country because they don’t live up to modern values. Now, the Sierra Club is now grappling with its founder John Muir’s own history of racism.

As recounted by the Washington Post, Muir on a number of occasions used slurs against African-Americans and Native Americans. A close associate of Muir’s founded the American Eugenic Society, which considered non-white people inferior.

Current Sierra Club head Michael Brune said the organization will take down monuments to Muir. Brune also promised to address the Sierra Club’s issues with “immigration and population control, environmental justice, and Indigenous sovereignty” in the near future.

The Sierra Club isn’t the only environmental group facing scrutiny from within. The misnamed Union of Concerned Scientists, a group that ironically appears to oppose the scientific consensus on bioengineered crops, is facing a lengthy open letter from an employee who calls her time at the organization “stressful and traumatic.”

“I hope no other Black people ever have to share this pain,” she concluded.

“I thought it was fair,” responded UCS president Ken Kimmell, who said “we ignored the climate of microaggressions,” among other things.

As the Post goes on to note, some of the resentment seems to be driven by money. “Big green” establishment groups like the Sierra Club or NRDC (with largely white leadership) have been getting boatloads of grant money from billion-dollar foundations. Minority-focused environmental groups have been getting much less.

The Sierra Club has pledged to spend $5 million internally over the next year to “invest” in staff of color and minority campaigns. It remains to be seen what that means exactly, or how it will address past controversies on population control and other issues.

Instead of trying to make amends for the past, which is in no one’s control, we’re curious about the future. Specifically, how the Sierra Club’s policies will affect communities of all colors.

The Sierra Club’s rabid opposition to energy sources such as natural gas, oil, and next-generation nuclear would result in harms to lower-income communities by denying them the choice of affordable energy. A fracking ban espoused by the Sierra Club and its allies would cost the US economy $1.2 trillion and 7.5 million jobs by 2022, according to an industry-backed analysis. Quite a few of those lost jobs would be minorities. The average household cost of green energy would be $2,000 per year.

Forget the Sierra Club’s past–its present and future political agenda pushes expensive, elitist policies that harm our economy as a whole and Hispanic and Black communities disproportionately. Would it be fair to call it systemic rac