Radical environmentalists are flocking to Colorado with open checkbooks in an effort to galvanize public support to stop responsible energy development in the state. A tangled web of environmental organizations are leading the fight to ban hydraulic fracturing (also known as fracking), a common process used more than one million times for over sixty years to extract oil and natural gas.

These extreme groups, mostly based far from Colorado in San Francisco, New York, or Washington D.C., are spending millions and spreading their anti-science message to scare voters into approving ballot measures in November to send the oil and gas industry (and the jobs and affordable energy it provides) packing from the Centennial State.

Who’s Who in the Debate? 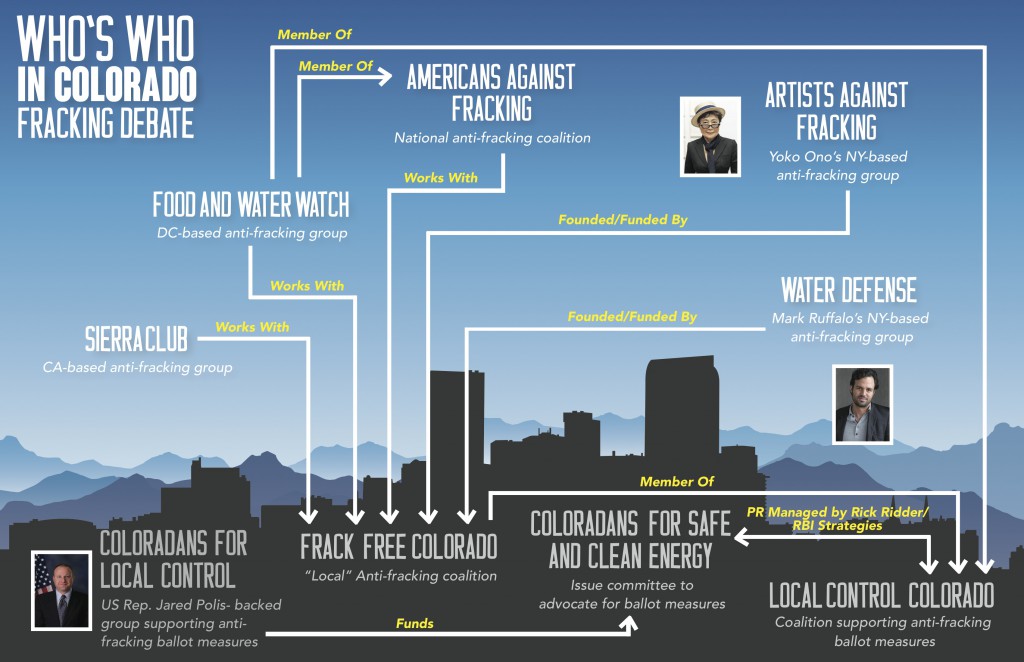 Get updates on Big Green's antics as they happen, delivered to your inbox.