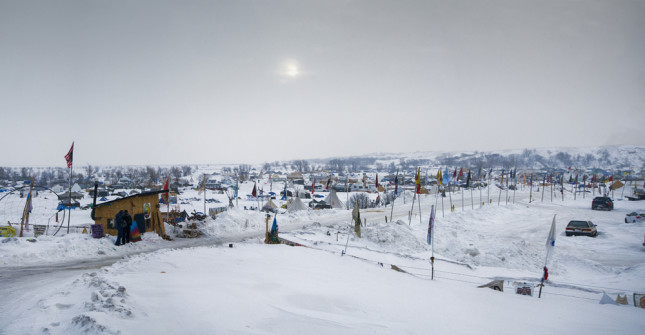 After months of living in a known floodplain, Dakota Access Pipeline (DAPL) protesters were evicted last week from a makeshift camp at the confluence of the Missouri and Cannonball rivers. With record snow totals, the risk of flooding is greater than usual, which forced the Army Corps of Engineers to remove the remaining environmentalists from the area in order to save lives and reduce the negative environmental impact on the river, which is a drinking-water source.

While the protesters were upset at the mere possibility of environmental contamination from the proposed pipeline, the group trashed their “home” and abandoned the garbage to be cleaned by the Standing Rock Environmental Protection Agency and Dakota Sanitation. An estimated 2,500 pickup truck’s worth of trash, cars, makeshift structures, and even pets suffering from a range of ailments were left on the grounds. So much for being stewards of the land.

With record high temperatures, the snow melt is already starting to flood and their garbage threatens to contaminate the river the group was trying to “save.” Even worse, some of the protesters went so far as to try and burn parts of the campground, releasing noxious fumes and creating a difficult task of removing dangerous chemicals that will now likely seep into the water as the snow melts. With friends (of the earth) like this, who needs enemies.