A "fracking-obsessed one-man army" who peddles false claims about oil and gas development.

Shane Davis has been credited with coining the term “fractivist” and is described by The Examiner as a “fracking-obsessed one-man army.” In addition to his work with the Sierra Club, he served as the regional campaign director for the controversial anti-fracking film Gasland.

Despite Davis’ training as a biologist, he’s displayed a shocking tendency to ignore scientific facts. In 2013, he led major media outlets on a tour of the Colorado flooding devastation and claimed that the flooding resulted in the release of crude oil and toxic chemicals from fracking. Yet the Colorado Department of Public Health and Environment found “no evidence of pollutants from oil and gas spills in rivers and streams affected by flooding.” Rather, the polluted waters Davis showed CNN, The New York Times, and others were waters polluted by sewage.

Davis and the other environmental groups who spread the fracking/flood water contamination myth used this deadly environmental disaster to push their anti-fracking agenda—without any science to support their case. 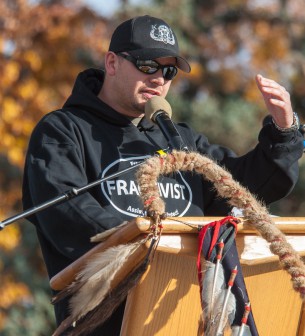